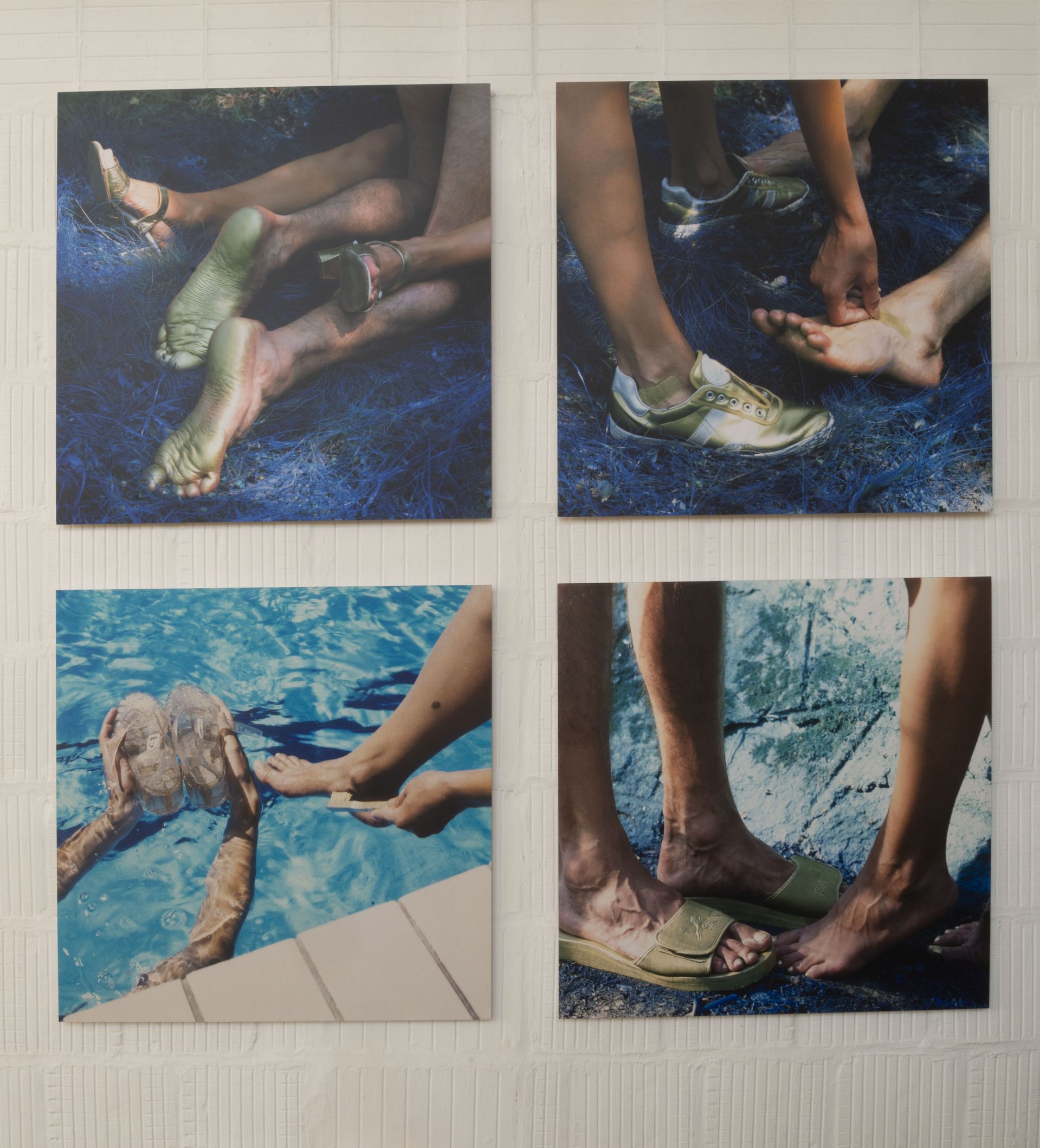 "A work is not born just because it is invented, written or performed. The creation of the work continues and in a good way ends in the spectator. I think the same about a painting." Hajnal Németh

She graduated in Intermedia in Budapest. In 2002 she won a 4-month scholarship to Berlin  where she has been living and working ever since.

Hajnal Németh creates musical performances, (site-specific) space installations, films, photographs, sound installations. Her projects are mostly based on texts of her own writings or modified quotations, such as lyrics, poems, prose pieces. Recently  she has increasingly engaged composers, music groups and performers. She often combines different genres: music, text, performance, images, video and therefore tends to move across borders. She likes to think and work together with others: the musical style of the text she writes is often left to the singer or performer, which becomes a kind of improvisation (co-creation results in a lot of coincidences, which she considers to be very important in shaping her work).

Her themes are very serious: racism, death, political aspects, court decisions, consumption, the meaning of life, fears, freedom, determination.She approaches all of this with a frequent use of irony and comedy. Her aim is mainly to disorientate the viewer in order to involve him/her in the interpretation.

She represented Hungary at the 54th Venice Biennale in 2011. (Curator: Miklós Peternák.) In the Hungarian Pavilion, visitors were treated to a multimedia project entitled Crash: a BMV in total collapse was the centrepiece and in connection with this they could listen to interviews with accident survivors from which Hajnal Németh wrote an operatic libretto. The 12 excerpts were performed by opera singers in different locations (such as a BMW factory) and played on video.

The works (mainly computer prints and manipulated photographs) on display at the Veszprém exhibition are characterised by a blend of fantasy and reality. In general, the titles of her paintings are also surreal and suggest a kind of irony that is also characteristic of her work:

The photos and prints mix our everyday routines with some imaginary action, sometimes intimacy. Their message is also layered. For example just as the series of photographs in Lifestyle-less I-VI (1998) have a sexual connotation, the title itself is ambiguous: literally translated as "lifestyle-less", Lifestyle is also the name of a brand of condoms. Although the shots are taken outdoors both the environment and the skin are painted blue and gold, so that the events taking place are put on a different plane: applying a band-aid, shaving, honey-sucking. The series is characterised by banal actions, but also by a subtle sensuality.

Her creations are inspired by life. In addition to visuality she discovered the importance and role of music in 2003 in Berlin, and since then her work has been mainly of this kind.

She was awarded the Munkácsy Prize in 2011 and the Leopold Bloom Prize in 2017. In Berlin  she works with the Ebensperger Gallery, where she has an annual solo exhibition. 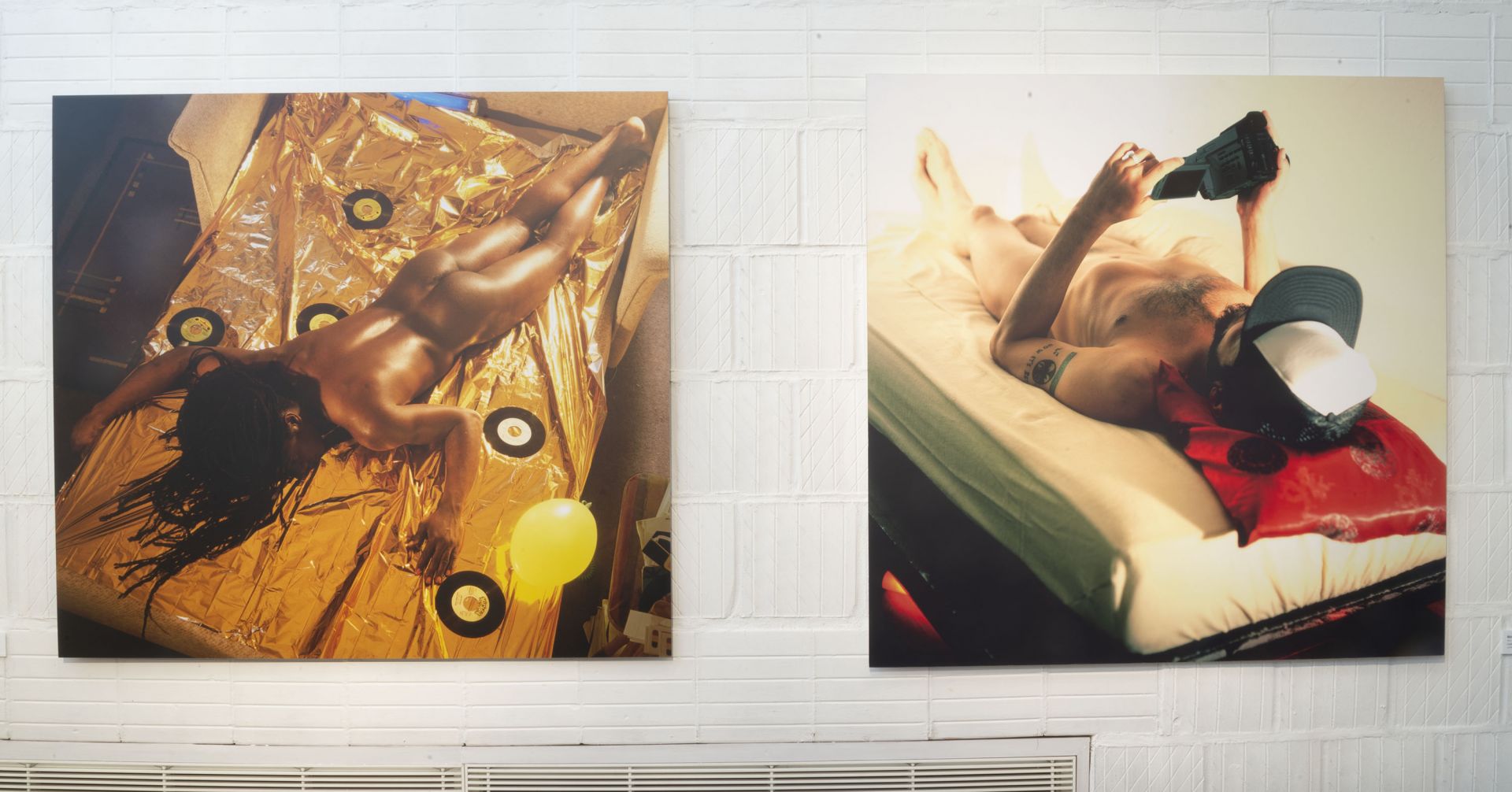 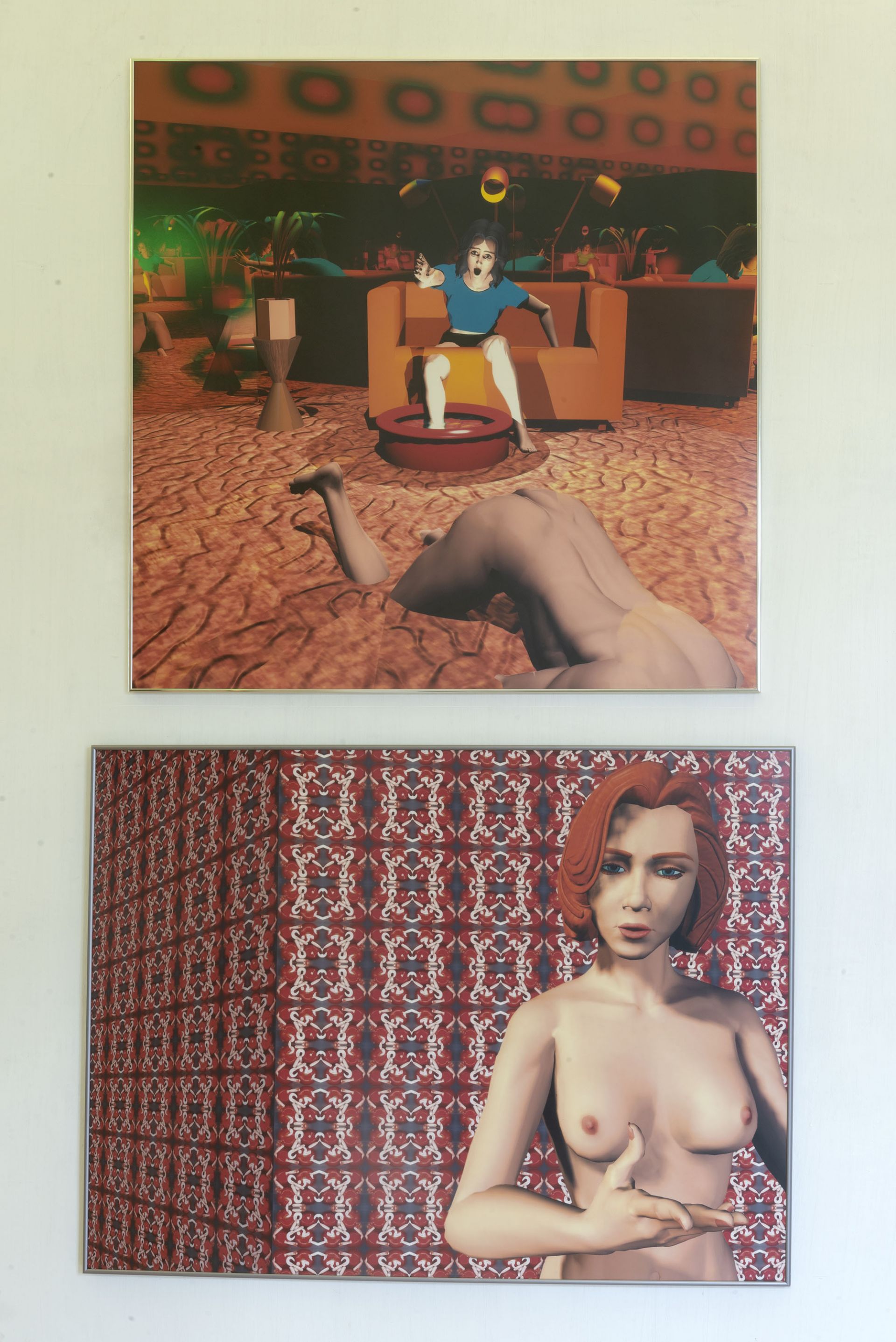