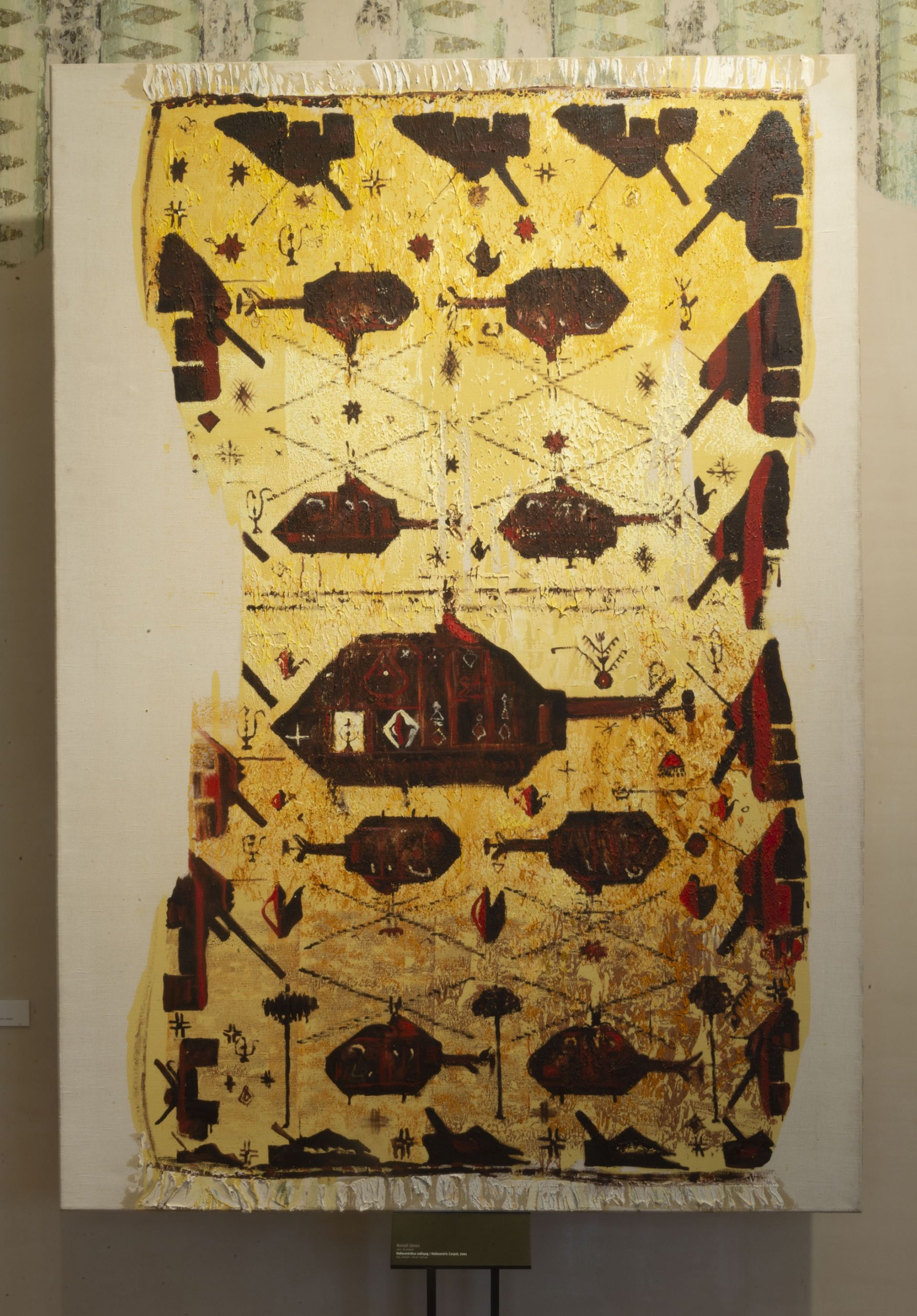 "Looking back over the years all my work as a painter so far can be strung around the notion of place - as if it were a theme or terrain to be explored again and again - which permeates my thoughts and feelings about painting and life in general, through universal art." János Korodi

He graduated in painting at the Hungarian University of Fine Arts and was awarded several scholarships (Derkovits Scholarship, Hungarian Academy of Rome Scholarship, Eötvös Scholarship). In 2010 he moved to America, where he has been living and working ever since. In the meantime he has completed his doctoral studies in Hungary, where his thesis deals with the spirit of place and the interferences of universal art (he looks at the problem of "place" through the art of a Hungarian and an American artist, Béla Veszelszky and James Turell). Initially, in his series Architectural (2002-2005), he depicts spaces opened up by light streaming in through various openings with the outside world having no particular significance. We see galleys, large surfaces, openings with sharp stripes of light. We are in familiar places from our everyday lives, yet they seem almost unfamiliar. The lights open up mysterious layers, making the images both abstract and dramatic. "This type of image is a play of spots in space drawn by incident sunlight...", writes János Korodi in a memoir. After the special spaces of the Architectural series, he painted pictures of buildings and parks in different cities, from Budapest to New York. The Cityscapes series is primarily a reworking of personal experiences, now with the representation of outdoor spaces.

His latest 2020 project, continues to explore the movement that has been present in his paintings of previous years, but his current work is painted on plywood using its natural patterns as a backdrop for street scenes. Veins and tree knots show through in the paint giving us the feeling of sitting in a car and watching a landscape pass by. In the 2010s, he began using Google Street View to create his images, a process he continues in this series.

In Veszprém two of his early works from the early 2000s can be seen, both exploring similar themes. The Heliocentric Carpet (oil on canvas, 2001) and Bleeding Helicopters (oil on canvas, 2002) reflect the phenomenon that in Afghanistan after the Soviet invasion of 1979 traditional geometric or floral patterns on carpets were gradually replaced by weapons, tanks, helicopters and other military equipment. As people's lives were defined by war for more than ten years, Afghan tribesmen 'told' these 'stories' on handloom carpets, which have a millennia-old tradition. Later in the 1990s this practice continued and after the US invasion in 2001 twin towers and the American flag were displayed on carpets. Textiles are used in everyday life, usually as prayer mats by Muslims.

In János Korodi's paintings the motifs and the background are very plastic, the paint is thickly applied to the canvas, the fringes of the carpets are also painted, sometimes they seem to be torn as if some parts are missing. Against the bright yellow and ochre background helicopters and guns painted in red and blue stand out. It is striking how the spatiality of the carpet's interwoven fibres is attempted to be conveyed by the layers of paint, thus creating the illusion of spatiality. The series (Carpets) dealing with the topic was seen by the public in 2002 at the Dorottya Gallery in Budapest.

In recent years he has been exhibiting mainly in Philadelphia in the US.

On his website you can view all of his series mentioned above: