"For me, it's important to have a reference, a proverb, a joke, a saying, a play of some kind that can be expressed in a few sentences. The viewer has to investigate, find the secret for himself, have some kind of aha-experience. I consciously keep away from abstraction, from a nebulous progression, I want to open up to the audience. It is important for me that it is not just a narrow professional audience that is interested." Gergő Kovách

Lives and works in Budapest. Graduated in sculpture at the Hungarian University of Fine Arts. During his studies he won several scholarships, for example to India. He has been interested in art since childhood and was inspired by his architect parents.

His sculptures are characterised by humour, irony and the grotesque. His experimentation is boundless, whether in form, material or technique. He often uses bright colours. He often goes to the point of kitsch, and in many cases his work is a persiflage. Besides humour, play is important to him.

In his earlier works he used Hungarian proverbs and sayings, but he often refers to characters in fairy tales (e.g. Esópus) (stork, fox, bear). He works with an extremely wide range of materials: wrapping paper, bronze, plastic, nikecel, beeswax, painted pur foam, the list is almost endless. He also makes paraphrases, for example, a sculptural paraphrase of Pál Merse Szinyei's painting Majális (A hemispherical "field table" with tiny figures apparently enjoying themselves outdoors. It is part of a series that is part of the collection of the Ludwig Museum.) His references generally make it easier for the viewer to interpret his work.

He also works in various groups, such as GARMADA (with László Békési, Norbert Kotormán, Kálmán György Nagy) with whom he creates public space works. In Dunaújváros, the Disznótorony (Pig Tower), a grotesque and spectacular relief fountain and artwork can be seen in the college building. Otherwise, his public sculptures are also typically cheerful, colourful and form-contrasting.

In the Veszprém exhibition visitors can see four of his works: Duck I-III. (beeswax, postamens, lamp, 1998), The Tourist (mixed media, 2006), Woman Combing Her Hair (acrystal, 2007), Toothbrush (acrystal, 2007).The interesting thing about the installation Duck I-III. is that the large poster shows different, practically unrecognisable shapes made of beeswax, but when backlit with a lamp, despite their differences, their shadows on the opposite wall are the same, each a duck. "Three ducks, what are they? Apparently three different non-figurative sculptures, but their shadows on the wall are each a duck swimming peacefully; a fake story, the deciphering is an illusion."

In Hungary he previously worked with the Dovin Gallery, where he had a solo exhibition every two years. He is currently represented by the Erika Deák Gallery. 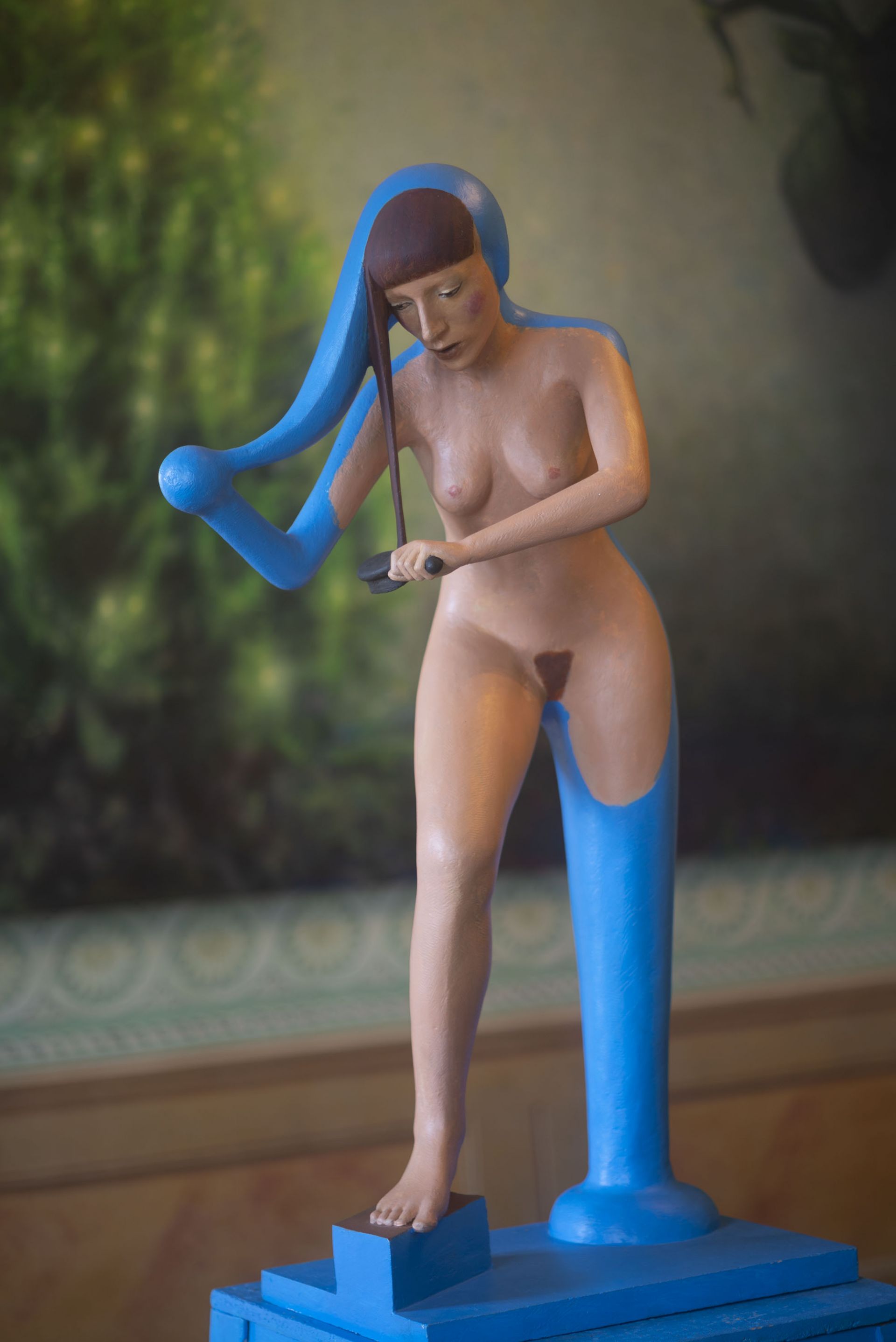 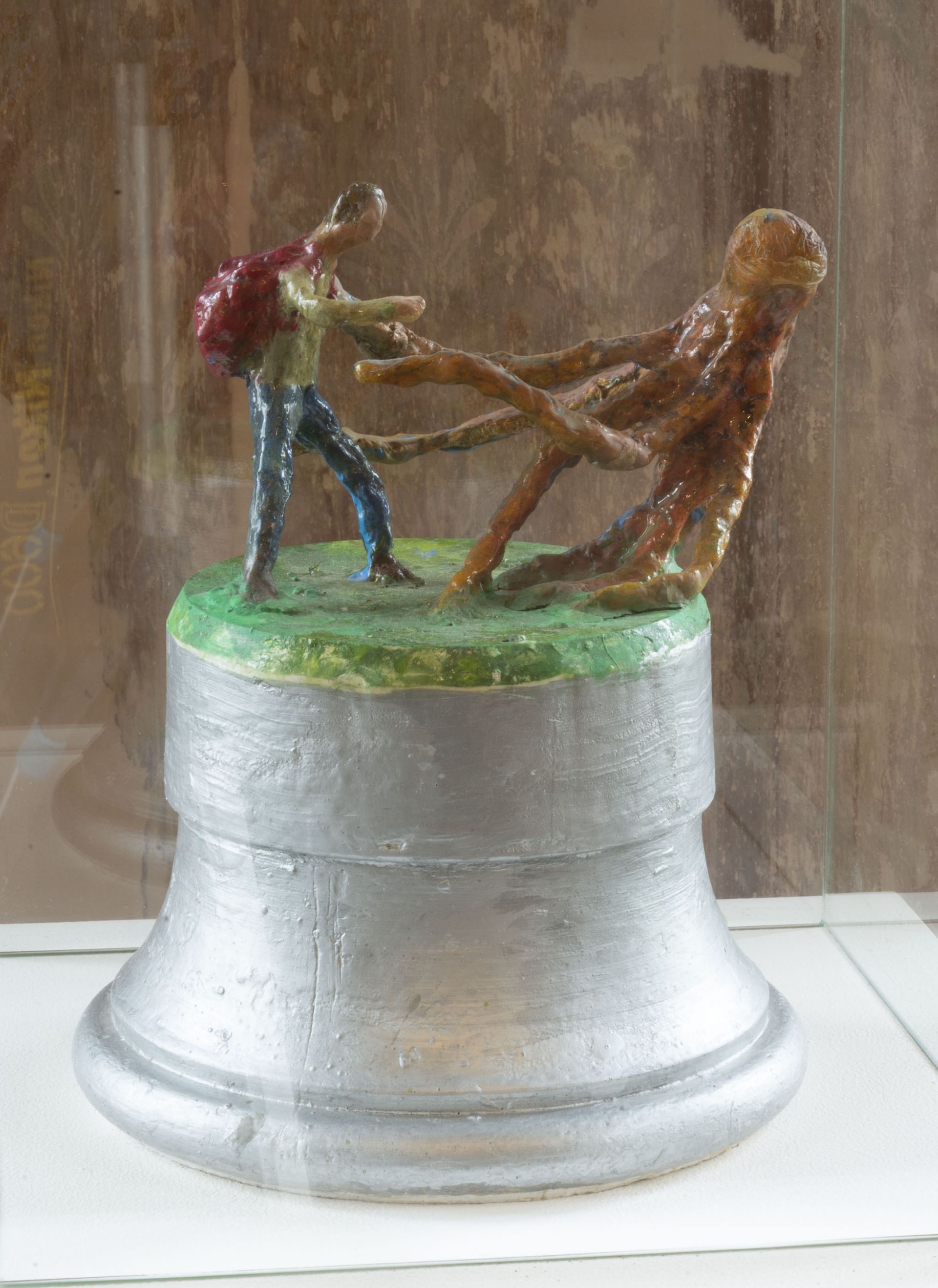