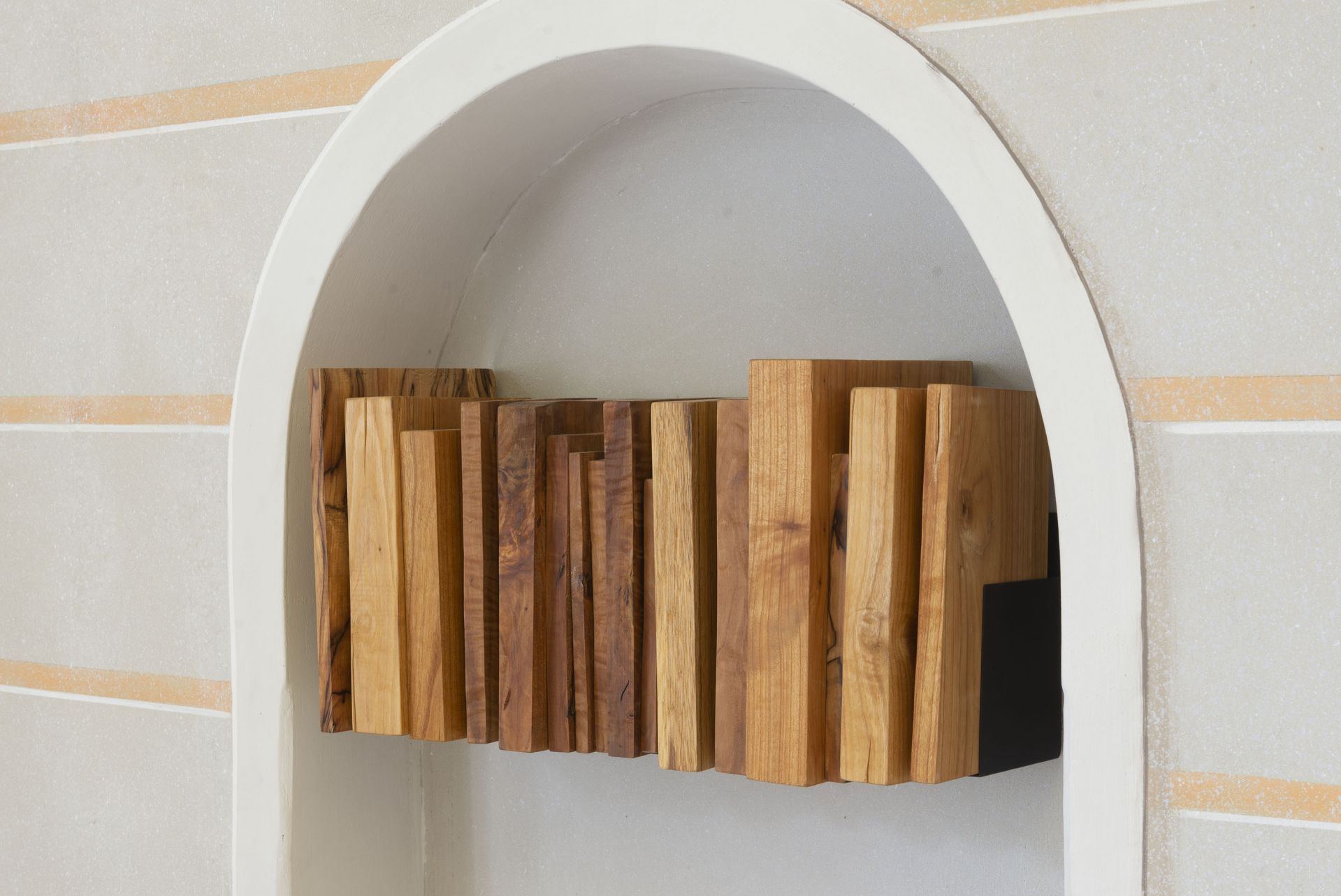 "The question of time is a strange thing in the visual arts where I can condense into a work things that happened hundreds of years ago and still have an impact today." Marcell Esterházy

Graduated from the Intermedia Department of the Hungarian University of Fine Arts in 2003. Before that he lived in Paris for 10 years, where he was a student of Lucien Hervé. While in Paris he dealt primarily with photography, later in Marseille with urbanism and architecture.

He is interested in our relationship with time, the past, which raises questions about the present and the future and also offers the opportunity to explore parallels and connections. In this context in the early 2010s he worked for more than 5 years on a family photo archive and also spent a long time doing genealogical research. He talked about this and the resulting works in his 2012 exhibition The Past in Progress at the Liget Gallery:

His work - like Gábor Gerhes and Tibor Gyenis - is not characterized by a traditional, but rather by a fine art use of photography. He also works in a variety of genres, including collages and animated videos.

Two of Marcell Esterházy's works can be seen in Veszprém at the Irokéz Collection:

His work Dirt under the Nails is a unique work from 2012: a photograph on dibond sprinkled with 22 carat gold smoke. The work was on show for the first time at the Ernst Museum's exhibition "Rethinking Tradition", which showcases the latest works of the Derkovits fellows. The work is a reflection of the fact that the Hungarian Academy of Fine and Applied Arts has traditionally announced an annual call for applications for this long-established scholarship, but in 2012 this call was not launched. Marcell Esterházy has also included an explanatory text alongside his work: the lectorate cites organisational changes and a law as reasons for not submitting the competition. The photo is covered with a golden smoke equal to the amount of the grant (65,000 forints net), under which the image becomes visible when the viewer scrapes the gold with his fingernail. According to the artist the Ministry could reinvest the gold in the scholarship system to support young artists. In connection with the work Huba Búzás recited his own poem Imagination for a Vision standing in front of the painting in the corridor of the Dubniczay Palace on the Night of Museums 2019.

HIs other work, Untitled (Books) was created between 2015-2017 and is a very personal work. At the beginning of the illness of his father, Péter Esterházy the fruit trees in the family garden of different varieties suddenly fell ill and had to be cut down. The trees were preserved by his wife, Gitta Esterházy who did not throw them away. Before Péter Esterházy's death in 2016, Marcell Esterházy had these pieces of wood made into a shelved version of his father's various volumes and showed it to him, but he was only able to see it as a work of art long after his death, during his mourning. It was then that he exhibited it for the first time in his exhibition Wolf's Blindness. The dimensions of the books identify which 'book' is which Esterházy work. Over time the wood dries and shrinks and the size of the books changes slightly.

Marcell Esterházy's versatility is shown by the fact that together with his friends Gábor Szabó, Györg Szkladányi and Panni Klementz they founded Szupernova Design, an interior architecture and design company that renovates and furnishes homes by combining art and architecture. 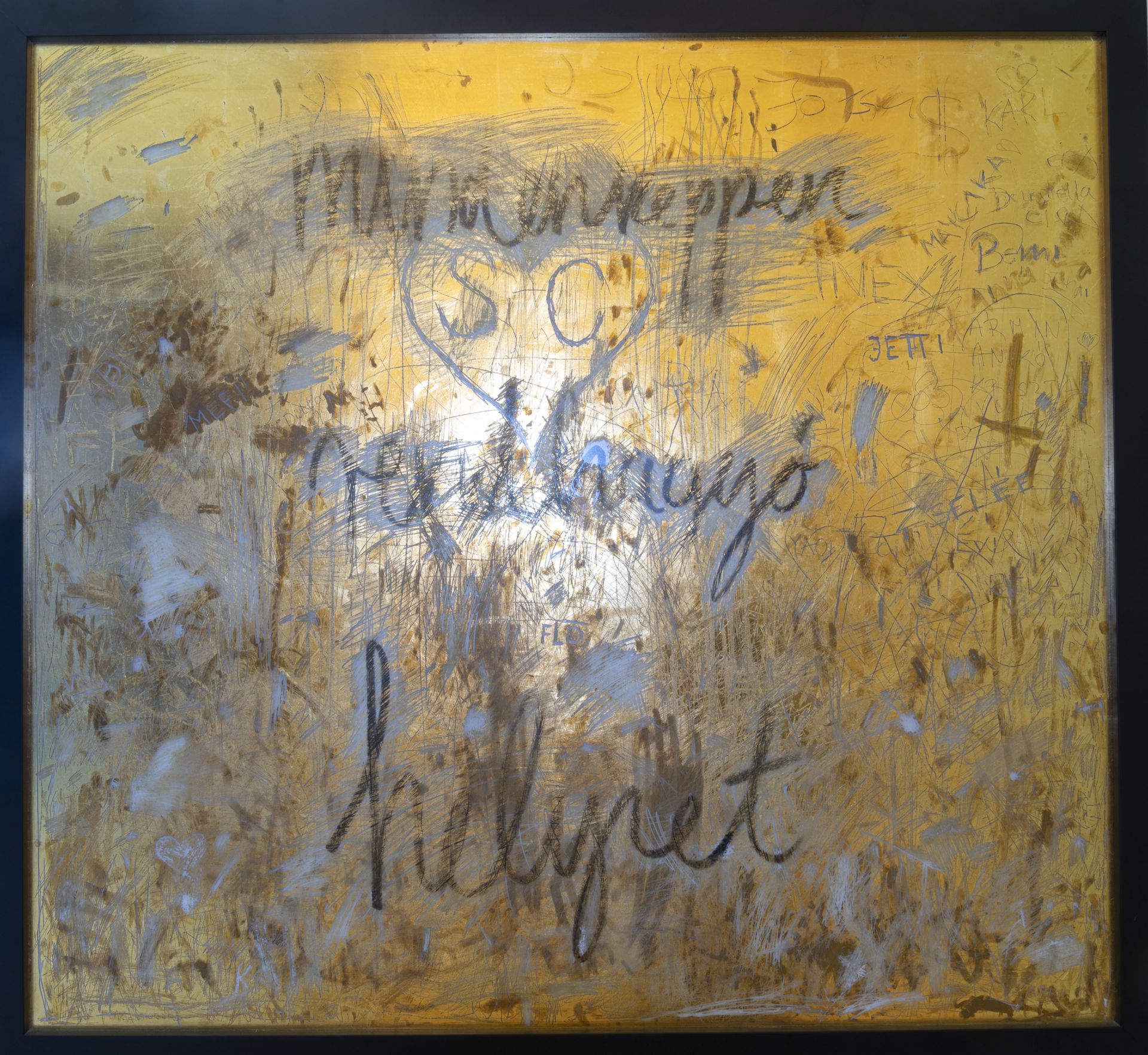