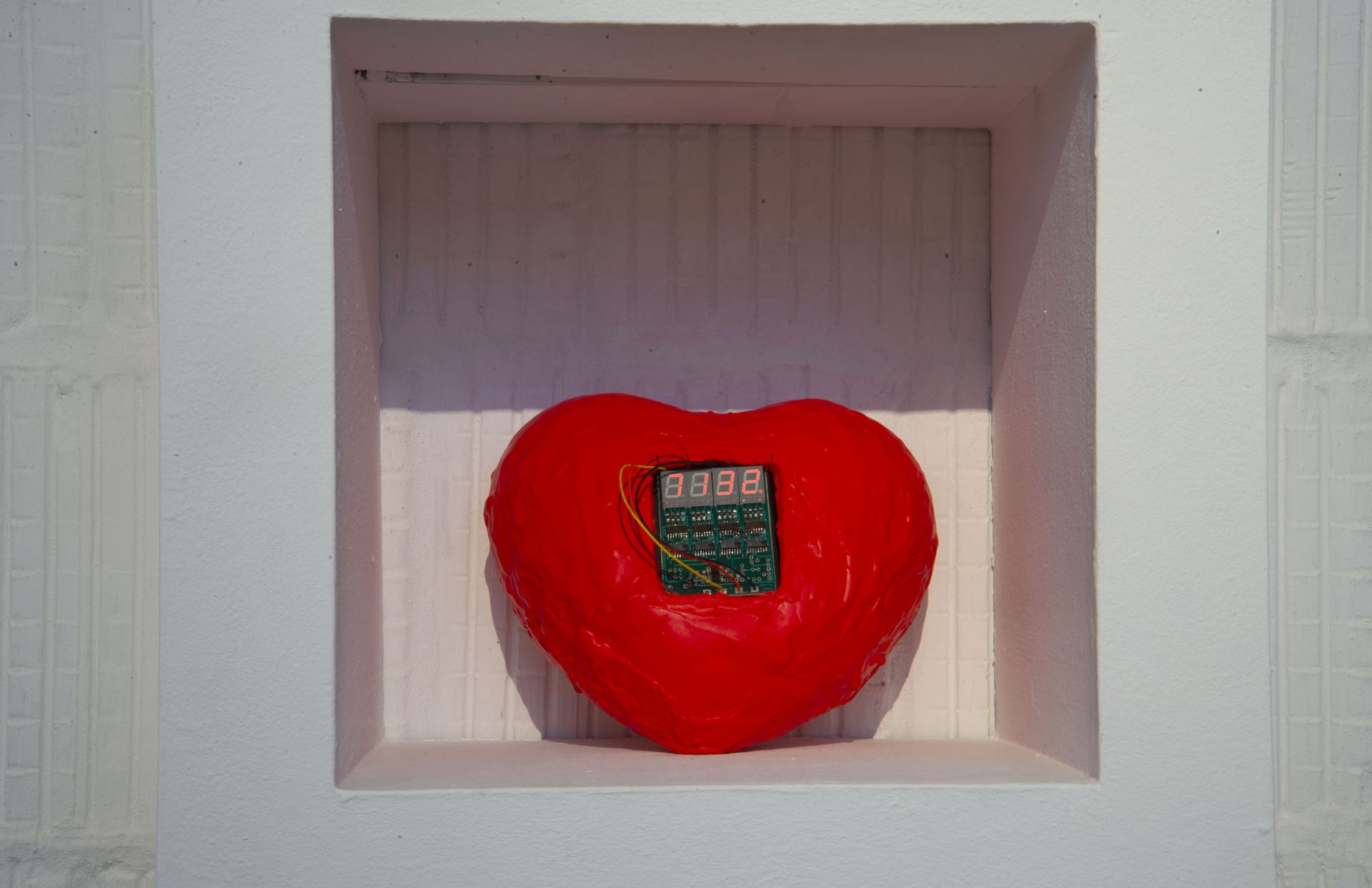 "A contemporary artist has to do something with the everyday visuality of our time, because he/she can only speak to the people of his time if he/she speaks the language of his/her time."

Sculptor, adjunct professor at the Hungarian University of Fine Arts. In addition to sculpture she also studied art history and holds a doctorate degree and has also participated in international postgraduate studies. Her research interests include sculpture, digital sculpture, new materials and technologies in the visual arts, interfaces, stereoscopic devices, virtual reality, robotics and drones in the visual arts and 3D scanning. She creates small sculptures, digital prints and installations, which are characterised by their humour and playfulness, but also by a critical or ironic tone. In terms of subject matter, she often refers back to fairy tales, to various mass cultural phenomena or even to different subcultures. She is interested in genetic engineering, the media, fashion and the news. She often creates site-specific works not only in Hungary but also in exhibition spaces abroad. Sometimes she creates sculptures of monumental scale such as her thesis work: a nuclear cloud installation that fills an entire room.

Since 2016 she has been creating so-called floating sculptures. She has been making them with the help of CollMot Robotics, a company formed by researchers from the Department of Biophysics at ELTE. The sculptures are created with the help of a 3D editing software and physicists. Their uniqueness lies in the fact that, on the one hand, they are a special kind of sculpture in that no two drones fly the same and thus no two "sculptures" are the same, and on the other hand, since the drones are equipped with a light source, they can be considered as light installations.

One of his 2017 works, Dance Animation produced in collaboration with CollMot Robotics offers a glimpse into this special world:

On 20 August 2018, on the national holiday he unveiled his 70-metre-high moving light sculpture over the Danube entitled Wonder Deer, which was also created in collaboration with CollMot Robotics and his own company Open Dimension Ltd. after several experiments and test flights.

The exhibition at the Dubniczay Palace features one of his smaller-scale works: the object, titled Ticking was created in 2004. The red heart in the illuminated box made of rubber, sponge and an electronic display reminds us of the mirrored gingerbread hearts we are familiar with from the fairs as well as the bombs we see in action films where the protagonist has to decide which wire to cut in order to disarm the bomb. (The lumpy, practically blatant surface and four different coloured wires reinforce this effect.) But the interpretation here is layered: is the action to disarm life, the heart or a bomb?